What’s the best way to access Flickr in China? When it comes to China, I can’t access my Flickr anymore. I have some important files and data saved in Flickr, and now I want to take some out to read, but I tried many times no luck. Do you have any ideas?

Flickr is an interesting app to upload, access, organize, edit, and share your photos from any device, from anywhere in the world. Flickr gives you free 1000 GB to upload all your photos and videos or store them in your Flickr camera roll. You can free up your smartphone or tablet by storing your photos into camera roll in the cloud. Flickr allows you to organize, share and simplify your hundreds of photos. Also it’s very exciting to explore, interact and engage with friends, family and the Flickr community. Therefore, many people are using Flickr all around the world. However, in China, Flickr is banned by China’s Great Firewall. In fact, many foreign websites and apps like Google, Gmail, Youtube, Gmail or Facebook are blocked by China’s Firewall. That’s why people living in China or just coming to China can’t access some famous foreign websites and apps. What’s the best way to access Flickr in China?

China’s Great Firewall is a strong internet censorship to control China’s internet. Internet censorship is the control or suppression of what can be accessed, published, or viewed on the Internet. It may be carried out by governments or by private organizations at the behest of government, regulators, or on their own initiative. China’s Great Firewall (GFW) is a censorship and surveillance project created to block potentially unfavorable incoming data from foreign countries. Social media websites are in particular not available in China. For example,  Facebook, Instagram, Twitter, Gmail, Google, Youtube, Netflix, BCC, The New York Times, Bloomberg News or The Wall Street Journal are not accessed in China due to China’s internet censorship. 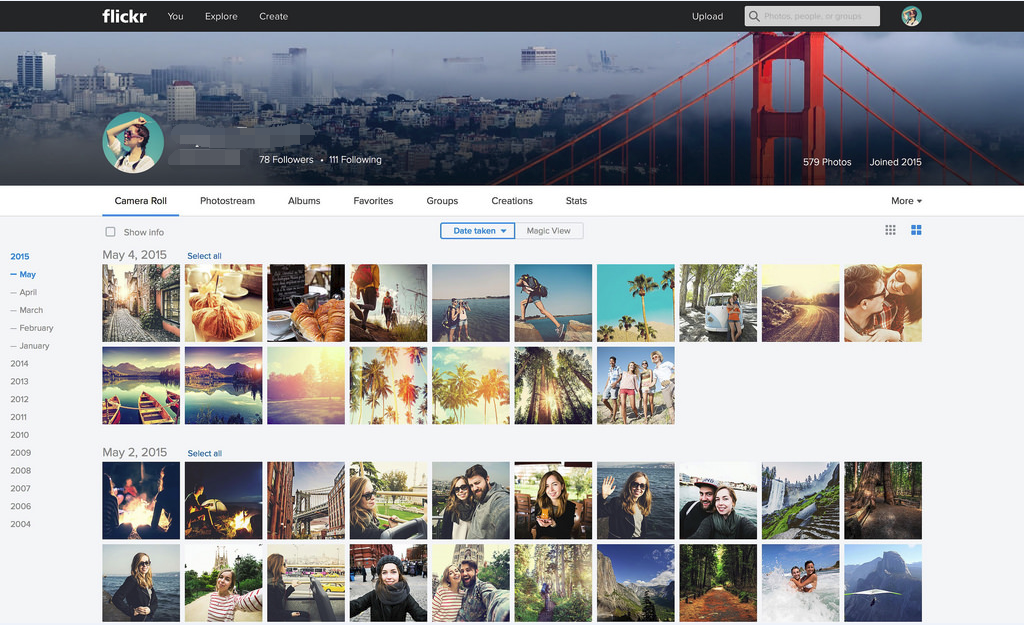 So what’s the best way to access Flickr in China? The best solution to stay away from China’s Great Firewall and access foreign websites like Flickr is to use a VPN. VPN is a secure and encrypted network, created over the public internet connection to enable the users hide their identity over the worldwide web. VPN is secured encrypted tunnel that masks your geo location hiding your IP address and so helps to bypass all Internet restrictions. It has a strong ability to change your IP address so you can avoid Chinese Internet censorship to access any blocked websites due to geo-restrictions. VPN server provides privacy by hiding your internet activity from your ISP and government, and allows you to escape from censorship controlled by school, work, your ISP, or government, enables you to “geo-spoof” your location in order to access services unfairly denied to you based on your geographical location. In a word, if you use a VPN, you will be able to access websites like Flickr, Facebook, Instagram, Twitter, Gmail, Google, Youtube, Netflix, BCC, The New York Times, Bloomberg News and The Wall Street Journal etc.

The Best Way to Access Flickr in China – by using a reliable and strong VPN. VPN is a secure and encrypted network, created over the public internet connection to enable the users hide their identity over the worldwide web. It has a strong ability to bypass internet censorship like this strictest China’s Firewall and help internet users to access any abroad websites successfully. VPN server provides privacy by hiding your internet activity from your ISP and government, allows you to escape from censorship controlled by school, work, your ISP, or government, enables you to “geo-spoof” your location in order to access services unfairly denied to you based on your geographical location.

A person needs to install and download a VPN connection and open an account in this application consequently doing so, and later the VPN will commence using an interchange IP address the same as a substitute of their original IP address in the direction of to let them use any overseas website which is blocked in China including Telegram app.

A VPN code of behavior is the online examine service, which acts similar to a multitude of the VPN connection and it has to be downloaded and installed to run and work smoothly.

At present, there is a lot of VPN service providers existing in the market. A customer simply can choose between these options which are easy to get to on the web. Once they establish their privileged VPN program’s link, they can download it. If by any prospect no links are accessible, or the links are not functioning, one can frequently download the VPN file from any of the torrent websites reachable.

Once introduced the VPN program, when the clients run the program they’ll be invited to favor theirs chose a nation. Their purchaser will be energized and requested that which nation lean toward, and one should choose a nation where Flickr is not blocked and that framework the VPN will set up the processor with a reproduction IP delivery which will rise to be utilized from the fringe of China.

Take after these means, and there you are prepared to utilize Flickr not with standing being in China!

Kindly Prompt: If you are confused and don’t know which VPNs you should choose to be the Best VPN to Access Flickr in China or have any other questions about VPN, you’re welcome to contact our Yoosecurity online technical team by clicking Start Live button bellow:

What’s the Best Way to Access Flickr in China? In order to Access Flickr in China, you should first purchase a VPN service, then install its software and then do some set-up on your device, then you can smoothly use the VPN internet successfully, here below is the guide on how to set up VPN on android device. If you now are not familiar with all steps or can’t finish processes by yourself, you can contact our online support!

Are you still worried about not accessing Flickr in China? What’s the best way to access Flickr in China? A VPN will help solve all these problems. VPN helps bypass China’s Firewall the greatest internet censorship and access the websites blocked by China’s Firewall. A VPN has a strong ability to protect privacy. When you’re connecting with free WiFi hotspot from such public places as café bar, library or airport, VPN will protect your data and personal information from being hacked by snooper, cyber hackers or ISPs. Also when you watch movies, online broadcast shows or video or play games under VPN, you will feel it speeds smoothly with no hang. It’s worth having and installing a VPN on your device. It not only help access blocked websites like Flicks or Facebook, but also protect your online privacy data and make you experience a smooth speed while watching movies, online shows or videos.