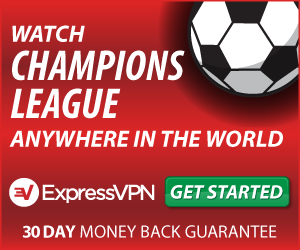 Why So Many People Love BBC iPlayer?

BBC iPlayer is an internet streaming, catchup, television and radio service from the BBC company. BBC iPlayer is where you can watch BBC programmes online. You can explore BBC iPlayer to watch its wide range of programmes and channels including Drama, comedy, documentaries, entertainment, travel, News, nature, sport, culture, food and more. You can watch all BBC iPlayer’s channels online and almost programmes are available to watch on demand shortly after broadcast for up to 30 days. You are also allowed to download most BBC iPlayer. And you can play the programmes even when you’re not connected to the internet or when you’re overseas. If you download your favorite programmes on BBC iPlayer before you go to other places outside of the UK, you can watch the downloaded programmes anywhere in the world. BBC iPlayer service is available on a wide range of devices, including mobile phones and tablets, personal computers, and smart televisions. BBC iPlayer favorite by worldwide users but it is only available to the British public. So how to watch BBC iPlayer abroad outside of the UK?

Why BBC iPlayer Can’t be Watch Abroad (Outside of the UK)?

Prior to September 2016, a television licence was not required to stream either BBC television or radio programmes from iPlayer which had already been broadcast, though a licence was still required in order to watch live content. Since 1 September 2016, a television licence is required to view any iPlayer content, regardless of whether it is live or on-demand. Despite the requirement, the enforcement of this measure only uses a trust system, under which users must acknowledge a pop-up window warning of the new requirements.

In September 2016, the BBC also announced that users would eventually be required to sign in with a BBC ID account to use the service.

There are still BBC services you can use outside the UK, including:

How to Watch BBC iPlayer Abroad (outside of the UK)? – by Using VPN Tool 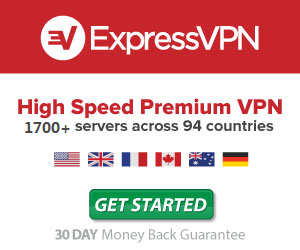 Which VPN Service is the Best VPN to Watch BBC iPlayer Abroad or outside of the UK?

How to watch BBC iPlayer abroad? Almost internet users know that VPN is the tool to bypass the censorship and escape from geographical restrictions to access blocked websites like BBC iPlayer and other streaming service like Netflix, Hulu and Amazon Prime Video abroad. Therefore, VPN is flourishing and many different VPNs are produced and promoted online. And different new VPN providers are emerging every day. It is hard for many internet users to choose the best VPN service to watch BBC iPlayer abroad or outside of the UK. Here we will give some suggestive recommendations.

ExpressVPN is the top recommendation for you to watch BBC iPlayer abroad or outside of the UK. Watch BBC iPlayer abroad with ExpressVPN is the best fit. ExpressVPN is registered in the British Virgin Island which is a tropical oasis without data retention law. It practices strict no-logging policy. No connection logs. ExpressVPN guarantees the blazing fast VPN speed with huge network of 2000+ global VPN servers optimized for fast connections in over 148 cities in 94 countries. There is unlimited bandwidth, unlimited data transfer and no throttling. ExpressVPN provides different strong performance and remarkable technologies including 256-bit AES encryption, DNS/IPv6 leak protection, kill switch, and split tunneling to surveillance your data. It allows 5 simultaneous connection on multiple devices with one subscription. There is no risk to use ExpressVPN service as it has a no-hassle 30-day money-back guarantee. Get a full refund within 30 days, no questions asked. And right now, ExpressVPN keeps optimizing and upgrading its VPN functions to make it stronger and faster to streaming BBC iPlayer, Netflix and ultimate stream sport like French Ligue 1, Bundesliga Football, Italian Serie A, Major League Soccer, La Liga, UEFA Champions League, Manchester United and more. It is best to use ExpressVPN to watch BBC iPlayer abroad (outside of the UK)! Try it now! 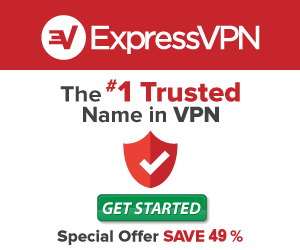 IPVanish is the only true Top Tier VPN service in the world. It delivers the best VPN speeds, the most secure connections and the most competitive pricing anywhere. IPVanish VPN network spans 40,000+ IPs on 1,300+ servers in 60+ countries, giving you the ability to surf anonymously and access the unrestricted Internet every corner of the globe. IPVanish allows anonymous torrenting and P2P file sharing. Its uses strong encryption method 256-AES encryption and multiple protocols like OpenVPN and L2TP/IPsec VPN protocols to keep you secure and encrypted online. IPVanish is the fastest VPN streaming. You don’t need to sacrifice high-speed, HD streaming for online privacy. When you connect to IPVanish, you can have both. IPvanisn owns and operate the fastest virtual private network in the work, so you can continue accessing all of your favorite streaming services and events online like BBC iPlayer with no quality loss. Therefore, IPvanish is also one of the best VPN to watch BBC iPlayer abroad or outside of the UK. You connection to IPvanish makes your traffic unreadable, so you can avoid ISP throttling altogether. IPVanish also offers affordable price for the service starting from $6.49/month. It is best to use IPvanish VPN to watch BBC iPlayer abroad (outside of the UK)! Try it now!

3. NordVPN- The Internet with No Borders

Since 2012, NordVPN has become one of the most trusted privacy and security service provider in the world, known for the strongly held values and well thought-out features. NordVPN covers over 5200+ servers to choose from 60 countries. Choose servers from 60 countries and enjoy the fastest VPN experience and better connectivity on any device, at any place and any time. NordVPN also has strict no-logs policy and provides blazing speed. 6 simultaneous connections on multiples devices. Innovative security measures like military-grade encryption 256-AES bit, kill switch, Onion Over VPN, CyberSec and Double VPN are adopted to create an extra layer of additional security. Unlimited bandwidth, unlimited server switch, no logs policy. NordVPN allows P2P sharing torrenting. It also offers dedicated IP addresses to let you enjoy better connectivity and faster VPN experience with your personal IP. The NordVPN not only offer fast speed but also increase more layer to increase security and privacy for customer. It’s the most advantage over other VPN services. It starts $3.49/month and offer 70% discount on an exclusive 3-year plan, which is almost the lowest offer in industry. It is best to use NordVPN to watch BBC iPlayer abroad (outside of the UK)! Try it now!

PureVPN is a HongKong-based VPN provider. It offers 750+ servers from 180+ location in 140+ countries. Over 1 million satisfied users are now logging in, today, PureVPN stands tall as the only VPN provider with an arsenal of enterprise-grade security features to combat the worst of threats and carries with it the best of reputations. PureVPN works like a bullet-proof sedan, allowing you to cross the busy streets of urban internet with ease, comfort, and security. 5 simultaneous connections on multiple devices, secure WiFi security, 88,000+ IPs for complete anonymity, no speed throttling, unlimited bandwidth, unlimited server switch, unlimited data transfer, P2P allowed. Multiple security protocols including PPTP, L2TP, SSTP, IKEv2, OpenVPN & the revolutionary Stealth protocol are all using to keep you safe and private online. PureVPN offers the lowest the price starting from $2.87/month which is almost the lowest price in VPN industry! It is best to use PureVPN to watch BBC iPlayer abroad (outside of the UK)! Try it now! 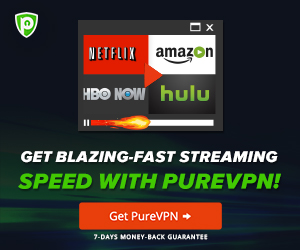 5. VyprVPN – The World’s Most Powerful VPN

VyprVPN is also the best VPN to stream and watch BBC iPlayer abroad or outside of the UK. VyprVPN is self-engineered to have the highest level of speed and security for broadband Internet connections. VyprVPN offers 70+ worldwide server locations across 6 continents. With 700+ servers and 200,000+ global IPs, connections are always available. VyprVPN operates 100% without third parties, own their hardware and run our network. VyprVPN is a secure VPN that allows you to bypass restrictions imposed on sites and content to access a free and open Internet. Our proprietary Chameleon™ VPN technology defeats VPN-blocking, allowing anyone using the VPN apps to defeat censorship from any location in the world. there is unlimited speed, no throttling, unlimited bandwidth and unlimited server switching. VyprVPN is compatible for all popular systems like Windows, Android, iOS, macOS and Linux. VyprVPN provides two pricing package difference in number of simultaneous connections. The price starts from $5.00/month with only 5 simultaneous connections, $6.67/month with 5 simultaneous connections. They are all affordable pricing. It is best to use VyprVPN to watch BBC iPlayer abroad (outside of the UK)! Try it now! 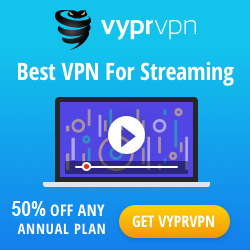 Video Guides How to Watch BBC iPlayer Abroad (Outside the UK)

Summary of How to Watch BBC iPlayer Abroad (Outside the UK)

BBC iPlayer is a wonderful and popular video, programmes, movies and many different channels online streaming service. even though it just allows the British residents to watch its contents, you can still watch BBC iPlayer abroad when outside of the UK as long as your use the strong and reliable VPN service as we recommend above. The recommended VPN service are all used and praised by millions of users all around the world especially ExpressVPN. ExpressVPN gets the high reputation because of its truly ultra fast speed and huge network scattered across the globe. ExpressVPN websites is still available in the countries with high censorship like in China. If you want to watch BBC iPlayer from China, the ExpressVPN is your best choice as the official website of ExpressVPN can be open and you can still download its apps soon, what’s more one can get ExpressVPN coupon: 49% discount + extra 3 months free. ExpressVPN is the top recommendation for all internet user who want to watch BBC iPlayer abroad or outside of the UK.