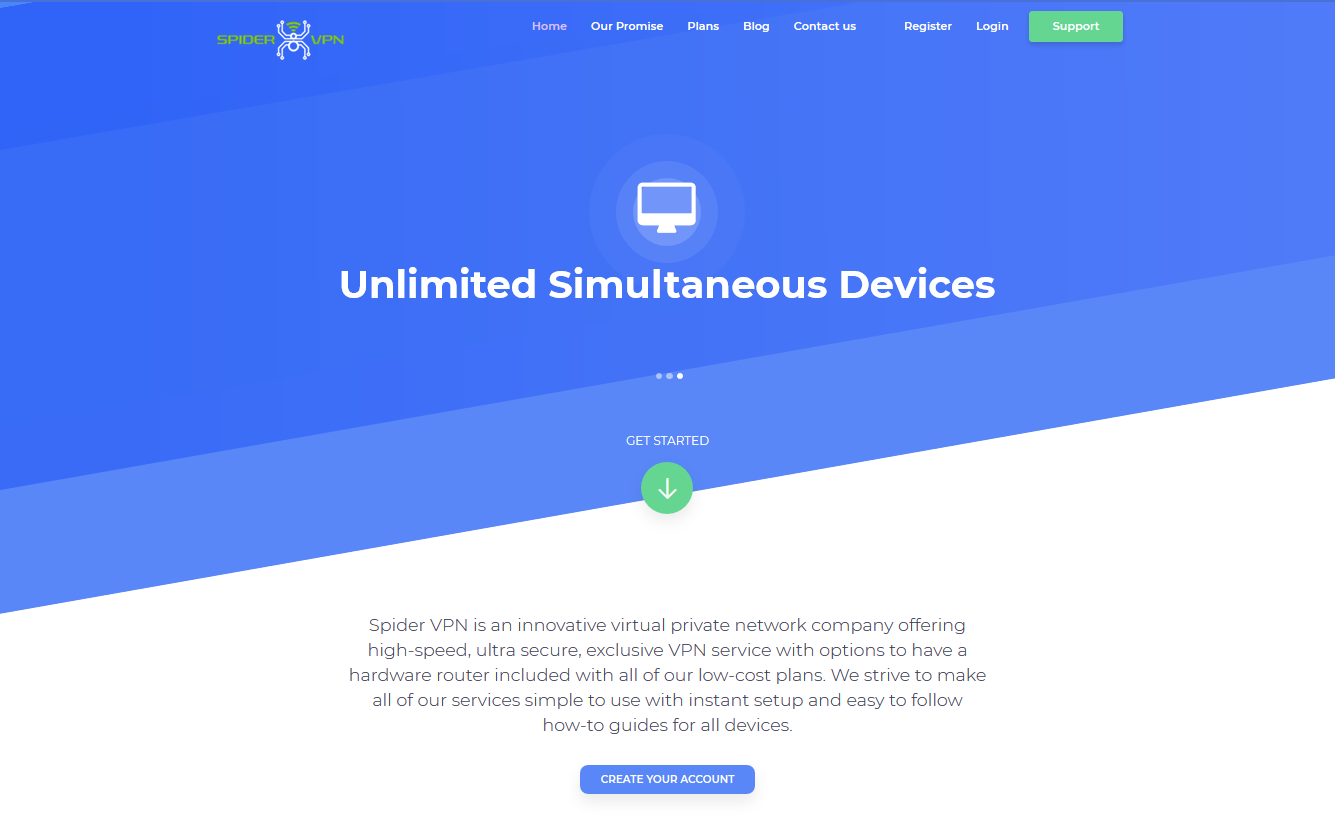 SpiderVPN is an innovative virtual private network company that provides a high-speed, safe and quality VPN service and gives 100% security and privacy to their users to ensure the safety of their online activity. Unlike many other VPNs, SpiderVPN doesn’t simply offer ultra secure and exclusive VPN service, it also comes with options to have a hardware router included with all of their low-cost plans. With a SpiderVPN router, every single device connected to the router will have its traffic sent through the encrypted tunnel. Your PC, your laptop, your home entertainment system, and your mobile devices are all covered. That means you no longer need to install a separate VPN app on each device. You just set up the VPN on the router and you can get everything up and running. SpiderVPN makes it possible to let you get around region restrictions, get protected from ISP snooping, bypass censorship and access region-restricted websites on any devices you like, as long as they are connected to the VPN router. And the best thing is it will not limit your bandwidth usage or speed.

SpiderVPN also has a VPN ONLY plan that works on all major platforms, including Android, iOS, Windows, Linux and Mac OS. With a single account, it allows six simultaneous connections with UltraSecure protocols. Since SpiderVPN is a new VPN service, it doesn’t offer a large network yet, but the service continues to rapidly expand its server coverage worldwide. Currently, SpiderVPN gives you unlimited access to 16 countries including Canada, United Kingdom, France, Germany, Japan, Singapore, Ireland, Finland etc. Whether you are seeking a VPN for personal use or business purpose, this exclusive VPN service with options to let you own a hardware router will be one of the best choices. Free trial is available for all new customers and your subscription are covered by 30 days money back guarantee at SpiderVPN.