How to Uninstall Norton 360 Completely from Windows or Mac?

Before going deep about what are the bad sides of Norton, and what are the best sides of Norton, let’s go through the information that shows what is Norton 360? And how does it work? The functionality of the Norton starts with the combination of many more functions, it combines Protective Threats Protection, automatic backup, computer tune-up tools, and other comprehensive solutions. That keeps your computer system safe from any threats by guarding files against any loses and optimizes the performance of your computer system. This is how a Norton 360 works. Now let’s try to see how it is beneficial to the users, and how it’s not beneficial to the users. 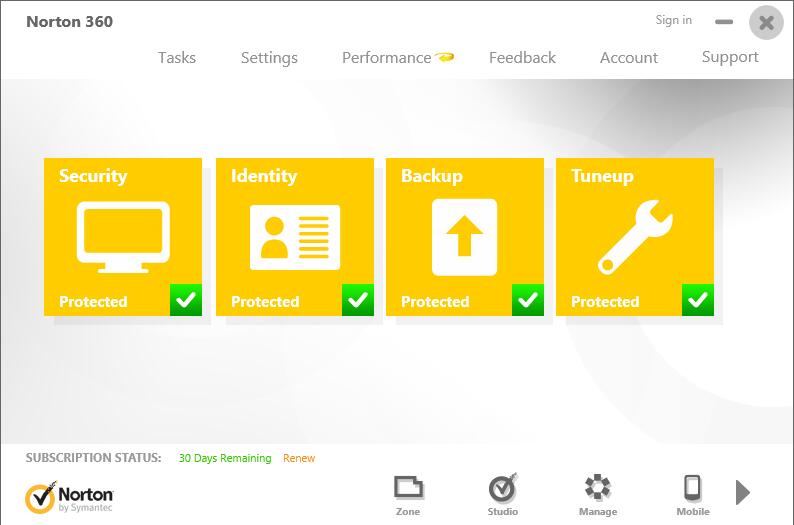 All of the controls can be shifted to a cloud-based, so you can update, download, run and install Norton 360 from the internet, and you can fix any errors if you face any problems. All you need to have is the Norton Network’s account to operate your Norton and to handle it based on cloud, which makes it easier for us. Having Norton account is a very simple process, just go their official site from your computer system, and need to register by signing up.

It has so many drivers which are used to fix, scan, remove any malware, threats, viruses, and other harmful files, some of the drivers are intelligently designed to make sure they can detect those files, which are harmful to your computer system. And all the tasks are done in a short time compared to another scanning system.

By scanning all the files, it can provide all the details about the files, like the type of the file, size of the file, source of the file like local address and websites, etc. It prepares and sends one monthly report about the works that Norton has done on your computer, which helps you totally about what Norton has done and what you allowed Norton to do on your computer system.
The e-mails and all the other messages are instantly scanned to scan the attached files, and documents for any harmful links, cybercrime-related issues, and other harmful links or files that can steal your data and identity from your computer system.
One of the best solutions to all of your problems is the cloud storage, that Norton 360 provides you as a function called as Cloud Backup in it. Here, you are allowed to upload all of your important files. In its cheapest plan Norton 360 Standard, 10 GB of cloud backup space is available. Norton 360 Deluxe offers 50GB of cloud storage for your Cloud Backup in Norton 360. The storage can be further increased according to your requirements.

It provides parenting controls when your children are not enough aged for using the Internet, you can set parenting controls that are offered by Norton 360. It offers this feature for four different age groups. Where you can use your computer system is according to the age group.

Norton respects all the privacy and security because it asks before going to perform any steps, that’s the best part of any antivirus that can make it valuable.

Because of its Multiple Protection and pretended layers, it can detect, Malwares, viruses, threats and harmful files very quickly, and can remove them directly from your computer system. That protects your computer from any damage and losses of files to safeguard your system.

The first and most irritating thing about Norton is the Norton itself when you are using a free version of it, it drains your computer system, which affects a lot to the performance of your computer. It tries to control your computer system absolutely, which means more than it should be controlling.

It’s not that much fast in first time scanning. After you installed this antivirus, most of you may have faced this problem that it was unable to scan your computer system in its first scanning. It slows down all the scanning processes and takes too much time for completing the first scan.

The cost of purchasing it is 39.99 US Dollars. This becomes costlier for individual users who don’t use their computer for generating revenue. At that time, they prefer the free version of antivirus like Microsoft security essentials and much more available in the market, which are readily available for scanning and removing any threats.

Though any software has some advantages and limitations according to the requirements of the users, some software is best for some users in the free version and some are not for some users. Just like that, the software provides specific features in the trial version, and purchased version. All the software work differently. Norton 360 also has its advantages and limitations according to the requirements of users, we can’t say that this software is not best for particular users. Because all the users have different requirements based on their usage of their computer systems. Only users can decide whether the software could help them or not. That is why there are some users want to uninstall Norton 360 from their computers. You can follow the guides here to completely remove it from your Windows 10 or Mac OS.

How to Uninstall Norton 360 Antivirus from Windows

Step 1: Uninstall it itself. (Choose one of the three options to follow)

a) Click on Windows Start menu ->; Choose All Apps-> Locate Norton 360 Antivirus. Right-click on it and choose Uninstall.

b) Or you can click Start menu -> choose Settings (the gear in the left) -> System -> Click Apps & Features. This will open a list of all your applications. Highlight Norton 360 Antivirus and select Uninstall. You will see a pop-up window informing you that the app and its related info will be uninstalled, then you just need to hit Uninstall to confirm the removal. 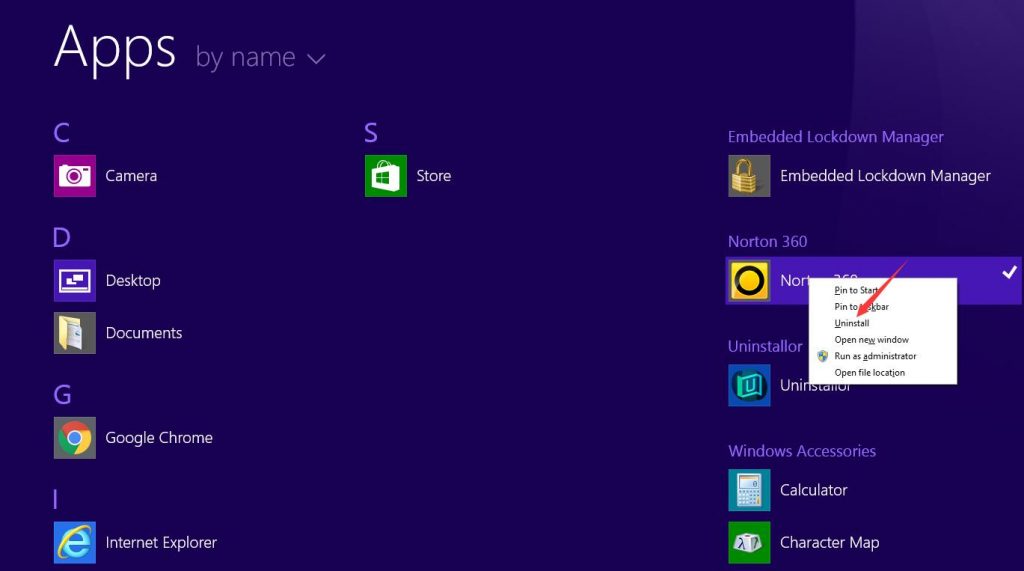 c) You also can remove Norton 360 by using Add/Remove Programs feature in Control Panel. To do this, Right-click on the Start button -> click Control Panel -> Click Programs and Features (or Uninstall a Program if your Control Panel is in the category view) -> Select Norton 360 Antivirus and click Uninstall. You’ll see a pop-up window asking if you’re sure you want to uninstall this program, click Uninstall and Check the “Also delete browsing data” box to go through the uninstall wizard. 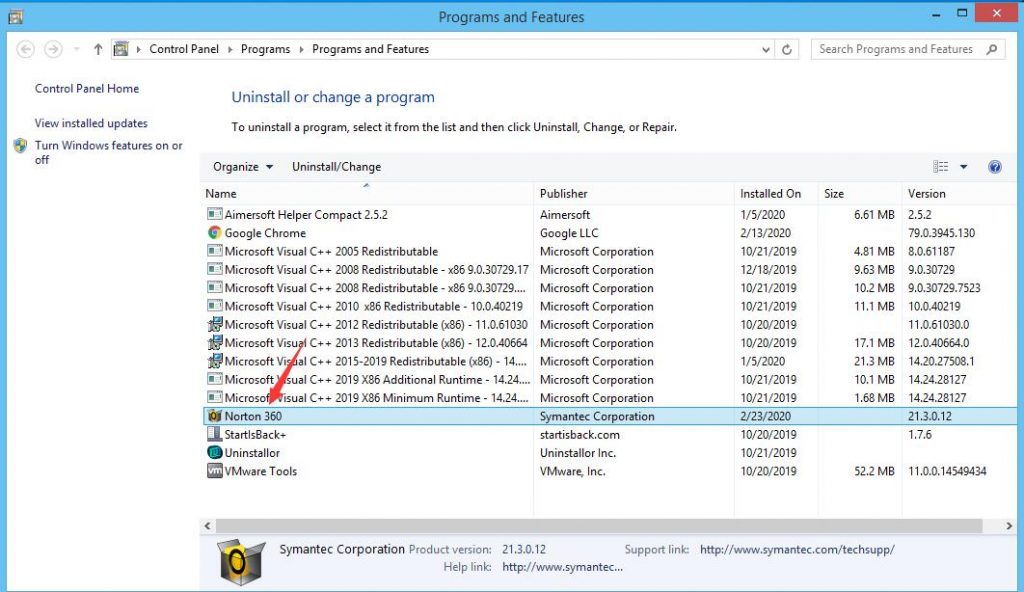 *For added protection, please back up the registry before you modify it.*

Next, you have to get rid of Norton 360 entries from Windows registry.

Navigate to the Registry key: (You do this by clicking on the plus sign next to each key in the path to expand the path below it. )

Kindly Reminder: You are welcome to contact online support if you need any assistance, just click the below button for help.

Step 1. Download and install Uninstallor onto your desktop, next launch it. Select “Norton 360” then click on “Analyze Now” to start. 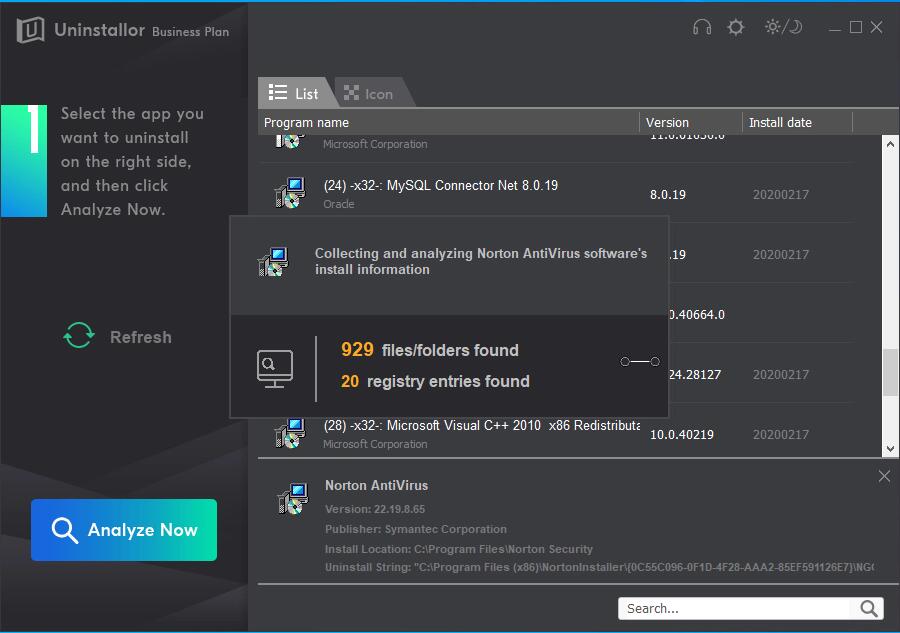 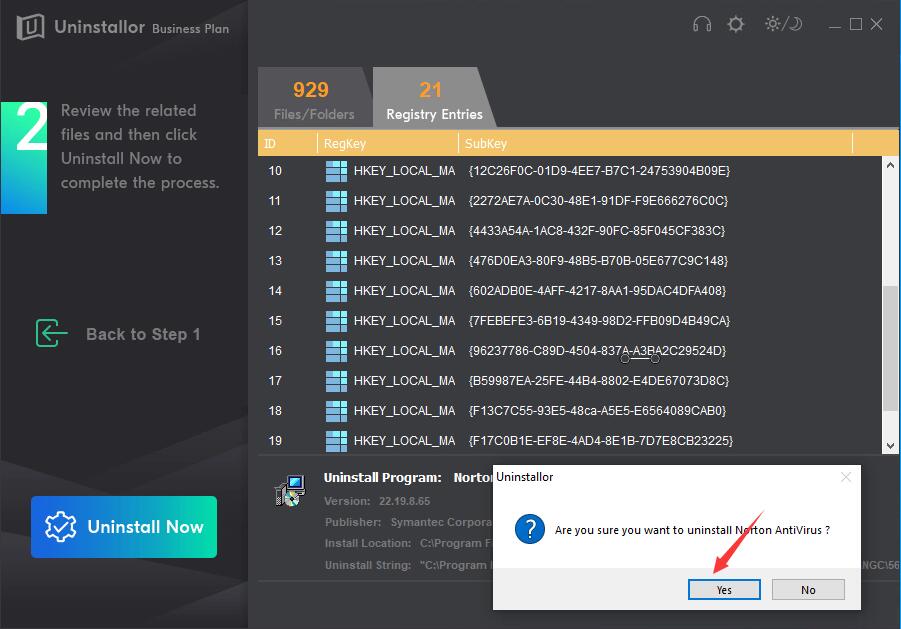 Step 3. Remove Now. Remove all leftover files and registry entries of the security tool. Click on Uninstall Now button to remove Norton 360 completely from your computer. BTW, you need to click on “Yes” to confirm the removal. 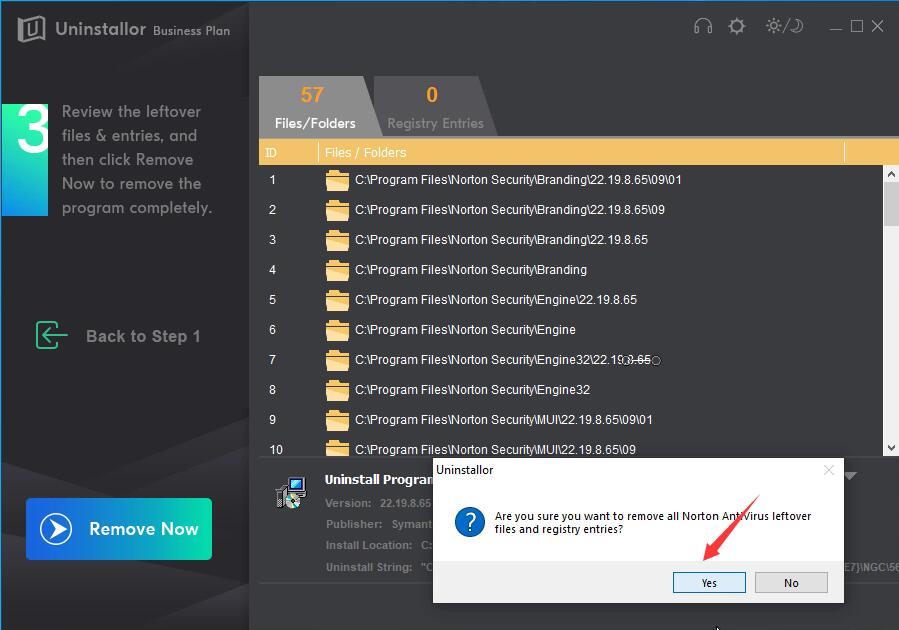 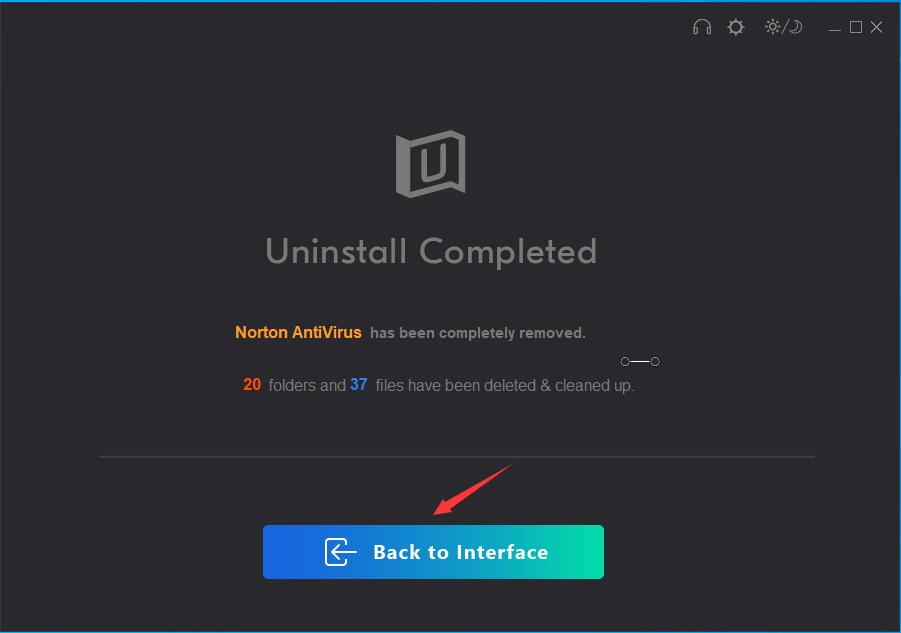 Kindly Reminder: If you decide to uninstall this program from your computer successfully and want to find an easy way on how to uninstall Norton 360 from Windows or Mac, you are suggested to try Uninstallor, which will help you do all things.