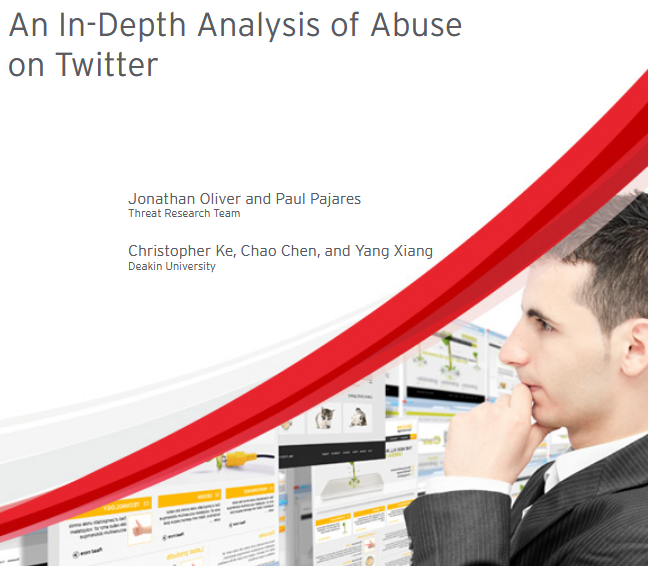 Researchers from Trend Micro and Deakin University worked together to investigate the Twitter threat landscape. During the research, Trend Micro examines Twitter in depth, including a study of 500,000,000 tweets from a two-week period to analyze how it is abused. The study revealed a significant level of abuse of Twitter, including spamming, phishing, and sharing links that led to malicious and potentially illegal websites. Most Twitter abuse takes the form of tweets with links to malicious and spam websites. These websites take many forms, including spam websites, scam sites involved in compromising more Twitter accounts, phishing websites, and websites with malware or offering cracked versions of software. Many of the malicious tweets are sent from legitimate accounts that have been compromised, creating a range of problems for their owners.

“Social media is an inescapable part of modern life, and our new research shines an important light on how it’s being used positively by the security community, and abused by criminals,” said Mark Nunnikhoven, vice president of cloud research for Trend Micro. “This research shows businesses how the misuse of social networks can damage their brand, and it informs consumers how they might be tricked into a scam from what is believed to be a trusted source. We hope by making these abuses known, both businesses and consumers can be vigilant to not become victims of such attacks.”