Regulators have triggered a slump, with south koreans petitioning to recall the chairman of the financial supervision board 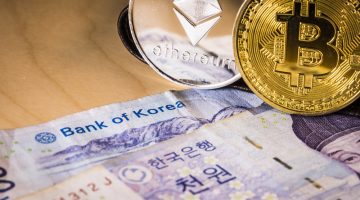 More than 40,000 south koreans petitioned to recall the chairman of the financial supervisory commission today, according to the south Korean economic news website.

South Korea’s finance minister said it had not reached an agreement with the ministry of justice to close an encrypted currency exchange.

At around 15:45 PM on January 11, south Korean media reported that South Korea’s ministry of business and finance overthrew the statement after the south Korean minister of justice said it would shut down the country’s encrypted currency exchange.

This afternoon, the south Korean economy, deputy prime minister and planning the Treasury chief Jin Dongyuan, answer questions after the end of the symposium, said the department is currently studying encryption tax monetary policies, legislation close exchange information about the public justice morning, was notified in advance and no agreement with them.

In addition, according to the Associated Press reported, Seoul as of today at three o ‘clock in the afternoon, the blue house petition on the bulletin board increased some articles about encryption currency, most articles expressed opposition to the government shut down encryption currency trading platform.

South Korea’s presidential spokesman: South Korea has yet to come up with a final solution to the cryptocurrency issue.