What’s Google Play Music and Why You can’t Access it in China?

Google play music is on-demand music and radio service. Google Play Music provides free, ad-supported radio for what you’re doing, how you’re feeling, or what you want to hear. Instantly start radio stations based on songs, artists, or albums, or browse by genre, mood, activity, decade, and more. You can store up to 50,000 your favorite songs then listen to the music across Android, iOS, and the web for free. It offers smart recommendations based on your likes. It allows you to download music to your device and listen when you’re not connected. Like Google, Google service, Google service or Gmail, Google play music is not available in China.  You are not allowed to access it in a normal way. Google play service is also blocked by China’s Great Firewall (GFW). Great Firewall is a kind of internet censorship to regulate state’s network. Internet censorship is the control or suppression of what can be accessed, published, or viewed on the Internet enacted by regulators, or on their own initiative. Internet censorship in China is quite strict because of various laws and administrative regulations. The Great Firewall blocks all of Google products and service including Google Player Music, controls what’s published and limits what can be discussed and prohibits any negative contents that might seem ‘dangerous’ for China government. So, how to bypass Great Firewall and access Google Play Music in China?

How to access Google Play Music in China? What’s the best way? The best choice to bypass China’s firewall is to use a VPN service which will allow you to access different server from different countries and hide your IP address. A certified and excellent VPN will offer fast and stable network speed, and there is no hang happening during your watch. VPN is secured encrypted tunnel that masks your geo location hiding your IP address and so helps to bypass all Internet restrictions. It has a strong ability to change your IP address so you can avoid Chinese Internet censorship to access any blocked websites due to geo-restrictions. The Best VPN service hides your internet activity from your ISP and government, allows you to escape from censorship controlled by school, work, your ISP, or government, enables you to “geo-spoof” your location. VPN tool has a strong ability to bypass geo-blocking and let you access any foreign websites that can’t be accessed in China.

How to Use VPN to Access Google Play Music in China?

VPN is the software mainly helping internet users to unblock websites blocked by geo-restriction like strongest and strictest China’s Firewall. It creates a “tunnel” over your internet network to let you access any websites. Virtual Private Network is applications to use unblock overseas sites in countries like China. An individual needs to install and download a VPN association and open an account subsequent to doing so, and then the VPN will start with a proxy IP address as an alternative of their unique IP address to give permission them to use any websites which are blocked in China together with Google Play Music online streaming service.

When an individual installed and downloaded the application, he will be asked to run VPN program. For the most time, the consumer of the VPN user interfaces is comparable while it comes to using them. Therefore the consumer would not be having several troubles during administration. At the same time, the consumer will be asked to select their preferential nation, in addition to doing thus the VPN will create the alternative IP address appear similar to it is from a different kingdom, and as a consequence, a consumer will be able to access Google Play Music. 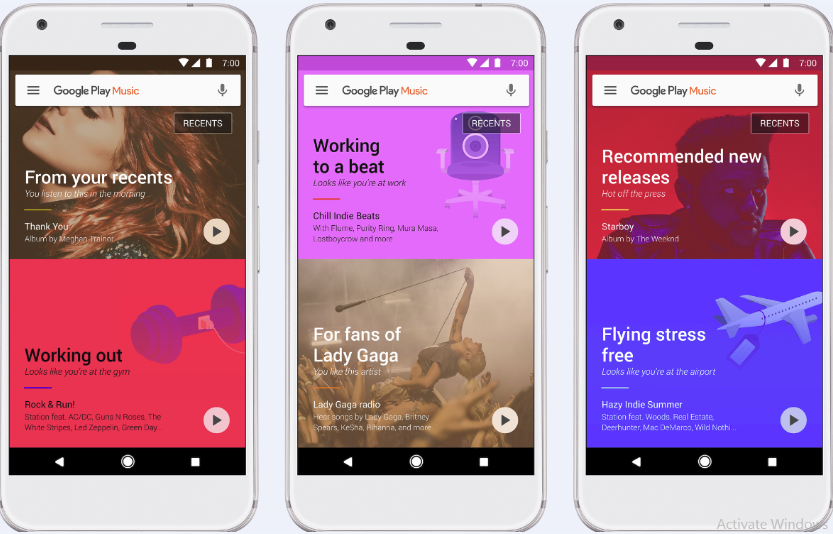 Kindly Prompt: if you are confused about How to Access Google Play Music in China and don’t know which VPNs you should choose or have any other questions about VPN, you’re welcome to contact our Yoosecurity online technical team by clicking Start Live button bellow:

Video Guide on How to Access Google Play Music in China

How to access Google Play Music in China? The best way to achieve this goal, you are strongly suggested to use a strong VPN. VPN service can bypass China’s Firewall which prohibits many foreign websites and apps like Google Play Music, Sky Go, BBC iPlayer, Google, Gmail, Facebook, Instagram, Twitter, Youtube, Netflix, Hulu, Line, Skype and Snapchat etc. VNP software is specifically designed to unblock these websites due to geo-restrictions and China’s Internet Censorship Great Firewall. The VPN software works delicately to unblock geo-blocking, helps users to access any websites with a fast speed.