Why Tumblr Can’t Be Assessed in China?

Tumblr is a place to post your favorite blogs and share photos, links and auto videos and so on. Tumblr is a website allowing microblogging and build social network or social relations with other people who share similar personal or career interests, activities, backgrounds or real-life connections. Tumblr service allows users to post multimedia and other content to a short blog. Users can follow other users’ blogs. Users can share photos, links, music and video, live video and pretty much anything. You also can join communities of people who love the same stuff things. Tumblr is popular with millions of users from all around the world. Users like to post whatever they like on Tumblr wherever and whenever. However, Tumblr service is not allowed to access in China due to its internet censorship. How Do You Access Tumblr in China? Besides Tumblr, many other social network websites like FaceBook, Twitter, Instagram, Gmail, Snapchat, Flickr, Viber, Vimeo or KakaoTalk and so on are also banned by China’s internet censorship. China’s internet censorship is created to censor, limit and monitor what and where online users can discuss, browse, review and publish on the internet. The net censorship is especially sensitive to any potentially unfavorable data and information both from domestic and overseas. In particular, China’s net censorship blocks data and message coming from social media, social network and news platforms and websites. That’s why you can’t access Tumblr in China. 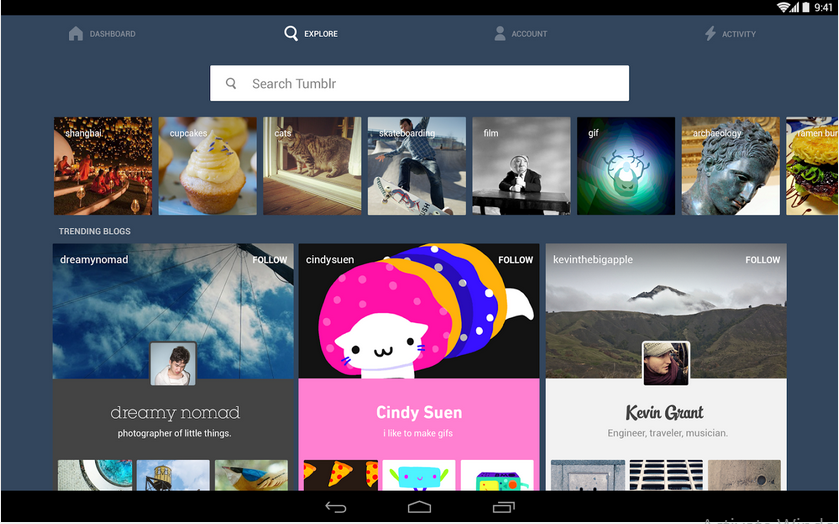 Internet censorship in China is the strictest and strong censorship in the world, so it’s very hard to access any foreign websites like Tumblr, Facebook, Twitter, Instagram or any other social networking in a normal way in China. To successfully access Tumblr in China, you should figure out the effective methods to bypass China’s internet censorship completely. So, how do you access Tumblr in China? You’re strongly suggested to use a reliable and strong even the best VPN service to access Tumblr and other social media networking websites in China. A VPN client provides a secure and encrypted network which is created over the public internet connection to enable the users to hide their identity over the worldwide web. The strong and reliable VPN protects personal privacy and data by using encryption technologies, such as IP security (IPSec), Layer 2 Tunneling Protocol (L2TP)/IPSec, and Secure Sockets Layer (SSL) and Transport Layer Security (TLS) to create a virtual encrypted “tunnel” between your device and a VPN server.VPN tool has different versions to suit for installing into different operating system like android, iOS, Windows and Mac. So if you have the best VPN, you can install it into the device you want. The best VPN helps keep connecting with internet offered by the servers stably, so that you can stably access Tumblr without disconnection, stuck or hang. It is also awesome in streaming speed, you will find it helps you fast streaming. Playing games and watch movies and live broadcasts will have no stuck or hang. It is extremely smooth and fast. The best VPN will give  you more benefits. 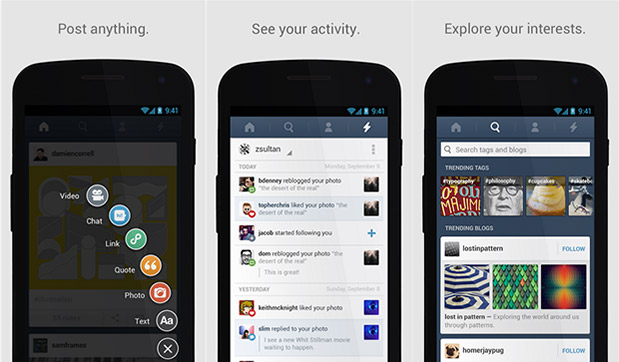 How to Choose the Best VPN to Access Tumblr in China?

How Do You Access Tumblr in China? What’s the Best Android VPN or iOS VPN to Access Tumblr in China? Now more and more different brands of VPNs (such as ExpressVPN, NordVPN, Ivacy, PureVPN, HideMyAss!, IPvanish, VyprVPN, Strong VPN ect.) are created and flood in online market. And more and more internet users are using android VPNs to unblock geo-restricted websites and service like Tumblr, Pandora Music, Vimeo, Popcorn Time, Viber Messenger, Google Play Music, Twitter, Facebook, Youtube, Gmail, Netflix, HBO GO, BBC or Instagram online. The most important reason why they choose the Best android or iOS VPN is its strong ability to protect personal privacy and data safety on their android device. However, for many internet user especially beginner, it’s hard to choose the Best android VPN to access Tumblr in China for 2017 to use. Some of them even don’t know how to compare among various android VPNs. In reality, it’s not easy to figure out an android VPN service is the best one just by reading its brilliant introduce and description on their provider’s websites. The best way to check if it’s safe, fast and stable is to test it on your device. So what important aspects or factors should we consider when we select one VPN server? 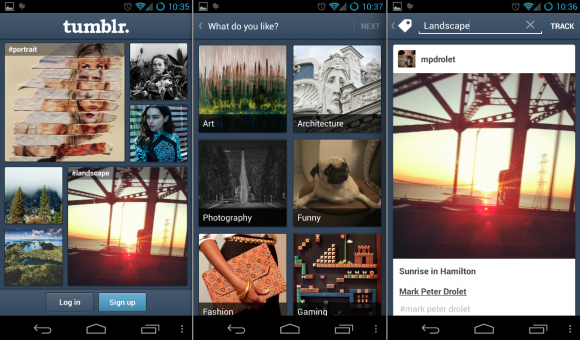 Kindly Prompt: if you are confused about How to choose the best VPN to Access Tumblr in China or have any other questions about VPN, you’re welcome to contact our Yoosecurity online technical team by clicking Start Live button bellow:

How Do You Access Tumblr in China? How to access Tumblr with the best android VPN in China? First, you should register and sign up with the best android VPN service, and next you should install its apps into your android device, and then move on some set-up on your device, last you can smoothly use the VPN internet successfully, here below is the guide on how to set up an android VPN on android device.  If you now are not familiar with all steps or can’t finish processes by yourself, you can contact our online support!

Video Guide Shows You How to Access Tumblr in China

Up to now you understand that Tumblr is so easy to use that it’s hard to explain. Their support team or we call designers made it really, really simple for people to make a blog and put whatever they want on it. Like stories, photos, GIFs, TV shows, links, quips, dumb jokes, smart jokes, Spotify tracks, mp3s, videos, fashion, art, deep stuff can be put in Tumblr, it is actually powerful service. However, it is not allowed in mainland China. If you want to access Tumblr in China then a VPN service is necessary. ExpressVPN $6.67/Month is stable and super fast with high ratings that still work in China.

Warm Prompt: If you still don’t know how to pick up the best Android VPN to Access Tumblr in China or how to set up VPN on Mac, Windows PC, android smartphone, tablet, or iPhone/iPad device, you’re recommended to live chat with Yoosecurity Online Expert for instant help!