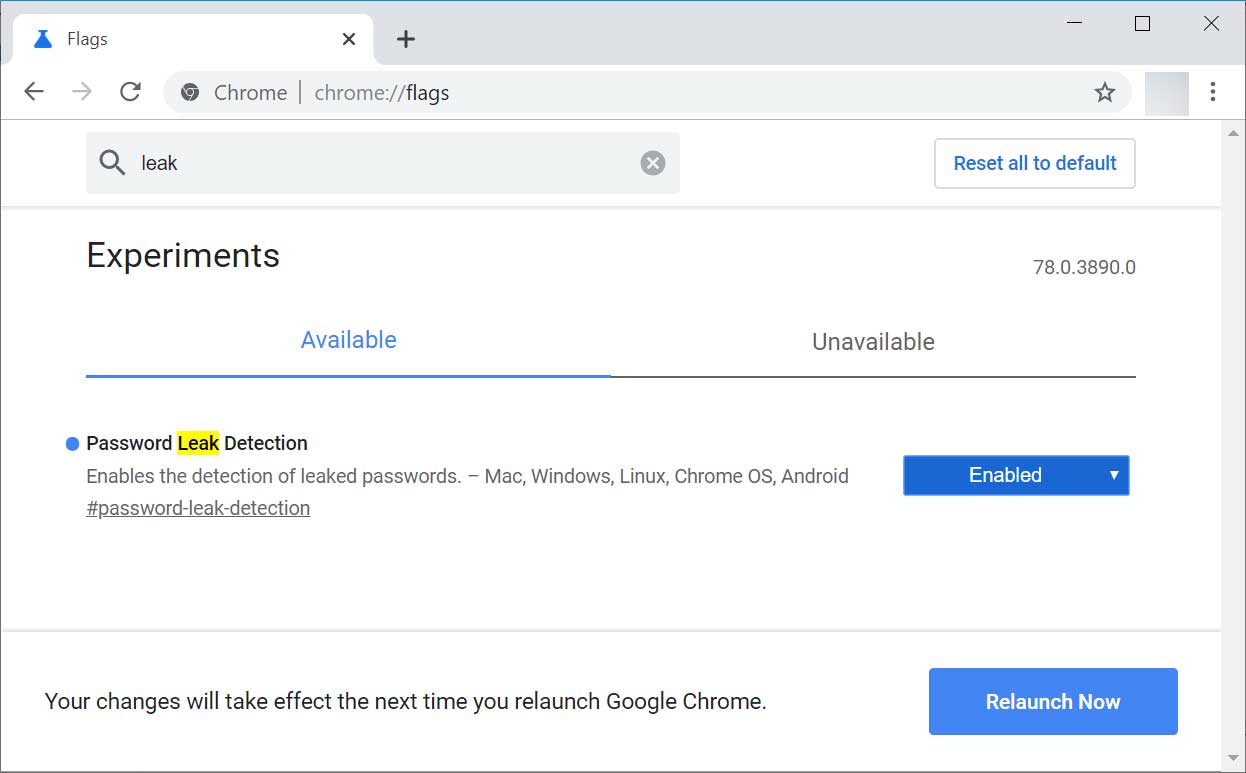 Google is rolling out another update for Chrome Canary v78 and it adds a new in-built feature called Password Leak Detection in the Chrome browser that alerts users when they are logging into sites with credentials that have been exposed by breaches.

This sounds like Google’s Password Checkup extension which displays a warning whenever you sign in to a site using one of over 4 billion usernames and passwords that Google knows to be unsafe due to a third-party data breach. The main difference is that Google integrated this extension feature in browser and name it as “Password Leak Detection”. That means you don’t need to download anything because Password Leak Detection will be a default function, and you can choose to turn it on or not.

With the constant leaks of account credentials from data breaches and the rampant password reuse commonly seen among users, it is important to create strong passwords to protect privacy and security. With Password Leak Detection feature enabled, you will be informed when you are logging in to sites with usernames and passwords that have been exposed by breaches and be encouraged to use a different password. However, this new “Password protection” feature is not fully developed yet, but there are reports that it could be released in October.