Golden Frog at SXSW 2018: Take Back Your Internet Event

This year, Golden Frog held their annual Take Back Your Internet panel and party on March 9th during the opening night of SXSW. Their guests and panelists discussed a few key questions about the repeal of Net Neutrality, data as property and the state of Internet Freedom and what it means for Internet users going forward. 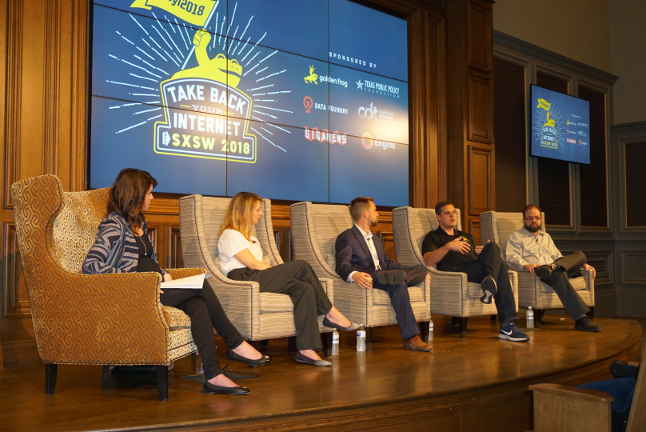 FCC Commissioner Mignon Clyburn, a longtime supporter of an open Internet and outspoken champion for smart, targeted regulatory action, joined them for introductory remarks. Then, Moderator Ellen Troxclair was diving into the big questions with our panelists: what is next after Net Neutrality, whether personal data should be considered personal property, and what their thoughts were on the worrisome decline of worldwide Internet freedoms.

The Continual Decline In Freedoms Around The World.

For most people with their finger on the pulse of global Internet policies, another great concern looming on the horizon is the continual decline in freedoms around the world. A good barometer for how limited Internet freedoms are in a country is the amount of energy that government invests in restricting or outlawing VPN services within their borders. China and their development of the great firewall to use advanced forms of machine learning was one such example. 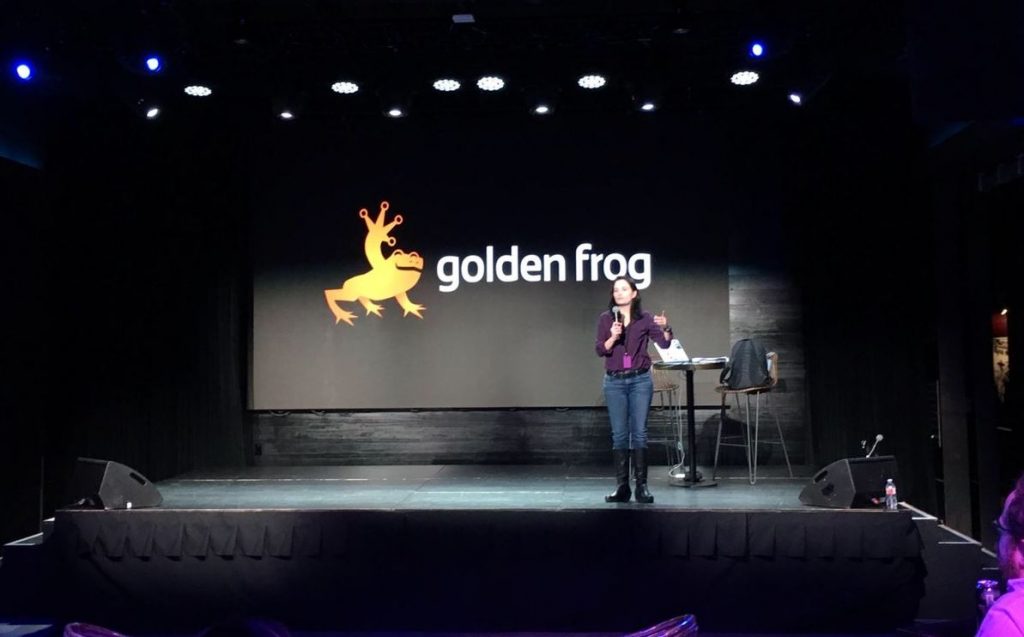 Golden Frog was also present at Ghostery’s official SXSW event – Ghostery Goes Open – in celebration of Ghostery’s product going Open Source. As a product focused on providing faster, safer browsing by identifying and blocking third-party data trackers, Ghostery wanted to showcase this to the masses at this year’s SXSW. Golden Frog’s own Liz Kintzele (pictured above) attended the panel to discuss the history of Golden Frog and how VyprVPN is a valuable resource for consumers looking to protect their personal data. High praise was given during the event for Ghostery’s shift to being more transparent, including on the Terms of Service and Privacy Policies, both of which can be very cagey from brand to brand. Also in attendance was Matt Erickson with our good friends at Spideroak and Digital Privacy Alliance.

Golden Frog Continues To Advocate For A Free And Open Internet.

Working alongside the Center for Democracy and Technology and other partners, Golden Frog is helping to establish a best practices guide for VPN companies regarding standards for the VPN industry to empower consumers to select providers they can trust.

Unlike a lot of other VPN companies that are shrouded in mystery, Golden Frog remains transparent and will continue to publicly fight for a free and open Internet.

Warm Prompt: If you don’t know how to select the best VPN or how to set up VPN on Macbook, Windows PC, android smartphone, tablet, or iPhone/iPad device, you’re recommended to live chat with Yoosecurity Online Expert for instant help!