I’m moving to Shanghai, China in about a month, I read somewhere else that before going to China I need to install VPN first and they recommended to choose VPN with Hongkong server for better internet connection. ? I know Gmail and Picasa are important for me to access, but what VPN should I choose?

Picasa is a discontinued image organizer and image viewer for organizing and editing digital photos, plus an integrated photo-sharing website, originally created by a company named Lifescape. For organizing photos, Picasa has file importing and tracking features, as well as tags, facial recognition, and collections for further sorting. It also offers several basic photo editing functions, including color enhancement, red eye reduction, and cropping. Other features include slide shows, printing, and image timelines. Images can also be prepared for external use, such as for e-mailing or printing, by reducing file size and setting up page layouts. There is also integration with online photo printing services. Other simple editing features include adding text to the image. 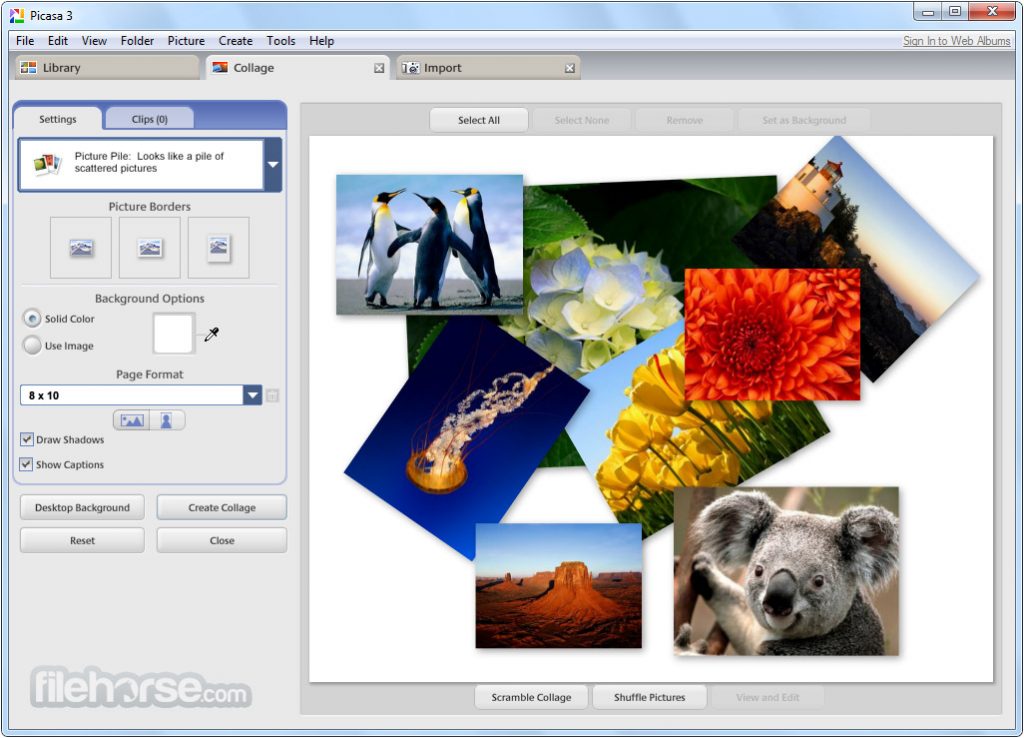 What is VPN? Why do I need it in China?

VPN creates a network that is private but virtual. It is private because it guarantees privacy inside the organization. It is virtual because it does not use real private WANs; the network is physically public but virtually private. It uses a technique known as tunneling to transfer data securely on the Internet to a remote access server on your workplace network. VPN, to be simple, will route your IP address to a private address which in other countries or places, so once you link VPN service, your IP address will change. And meanwhile, the data transmission will be encrypted, hackers or other engineers cannot access to these encrypted data.

China has the most Internet users in the world today. And there are lots of the Internet restrictions in this country. Among blocked sites are such popular sites as Google services (including Gmail, Google maps, Google docs and others) YouTube, Facebook, Twitter, Wikipedia, Picasa and tones of others popular resources. So if you are going to China, you need to care about your Internet freedom in advance.

The Chinese censorship authorities will block any site which they deem to contain material detrimental (even tangentially) to the Chinese Communist Party. The way they do this is by blocking at the IP address level. A crude tool indeed. Most websites in the world are hosted on Shared Hosting Accounts so if an IP address gets red flagged it could potentially impact hundreds of other sites hosted on the same server, using the same IP address. To create an analogy, it’s a bit like living in a shared house and one of the members is caught for being involved in illicit activities. To access Picasa in China, you can setup vpn connection on your device using systems features. This is much more secure than using any additional application.

Suggestion: If you don’t know how to access Picasa in China, you’re welcome to contact Our online technical team by clicking Start Live button bellow:

How to select a VPN Provider?

Nowadays, there is a large number of VPN services on the market. Determining which VPN is the fastest is quite a complicated question, as it depends on a lot of factors (encryption protocol, Chinese city from which you are connecting, the website you want to visit, and the VPN server you connect to, among many other factors). There are what you need to know:

we would not recommend to use a Free VPN for their device to anyone. We don’t exactly know about VPN defender, but I have used some Free VPNs when I started using VPNs and realised Free VPNs have many drawbacks like:

As we’ve mentioned before, evaluating which VPN is the best for China is complicated because it depends on many factors. A good VPN in one city or for a particular connection may have worse performance than in other circumstances. During times when internet restrictions are intensified (for example, party meetings, or at the beginning of Chinese New Year), some VPNs hold up better than others. Make a comparison of the features, costs, security, speed, bandwidth, server location and connectivity protocol. By doing your research beforehand, you can narrow down your options to two or three VPN service providers before making a final decision.